PORTLAND -- For the first time since June 2019, a Spirit Mountain Casino float trundled out of Veterans Memorial Coliseum during the return of the Grand Floral Parade on Saturday, June 11.

The parade was canceled, like so many other events, in 2020 and ’21 because of the COVID-19 pandemic.

The casino’s float, “Returning to Our Roots,” featured a Native girl wearing dentalium earrings and harvesting camas bulbs. On her back was a large gathering basket made of corn husks that had been christened with real camas seeds. On the rear of the float were a mother and baby deer observing the girl’s activity.

However, Huffman said, the casino wanted the float to depict a modern woman to reinforce the fact that Grand Ronde Tribal members are still here. 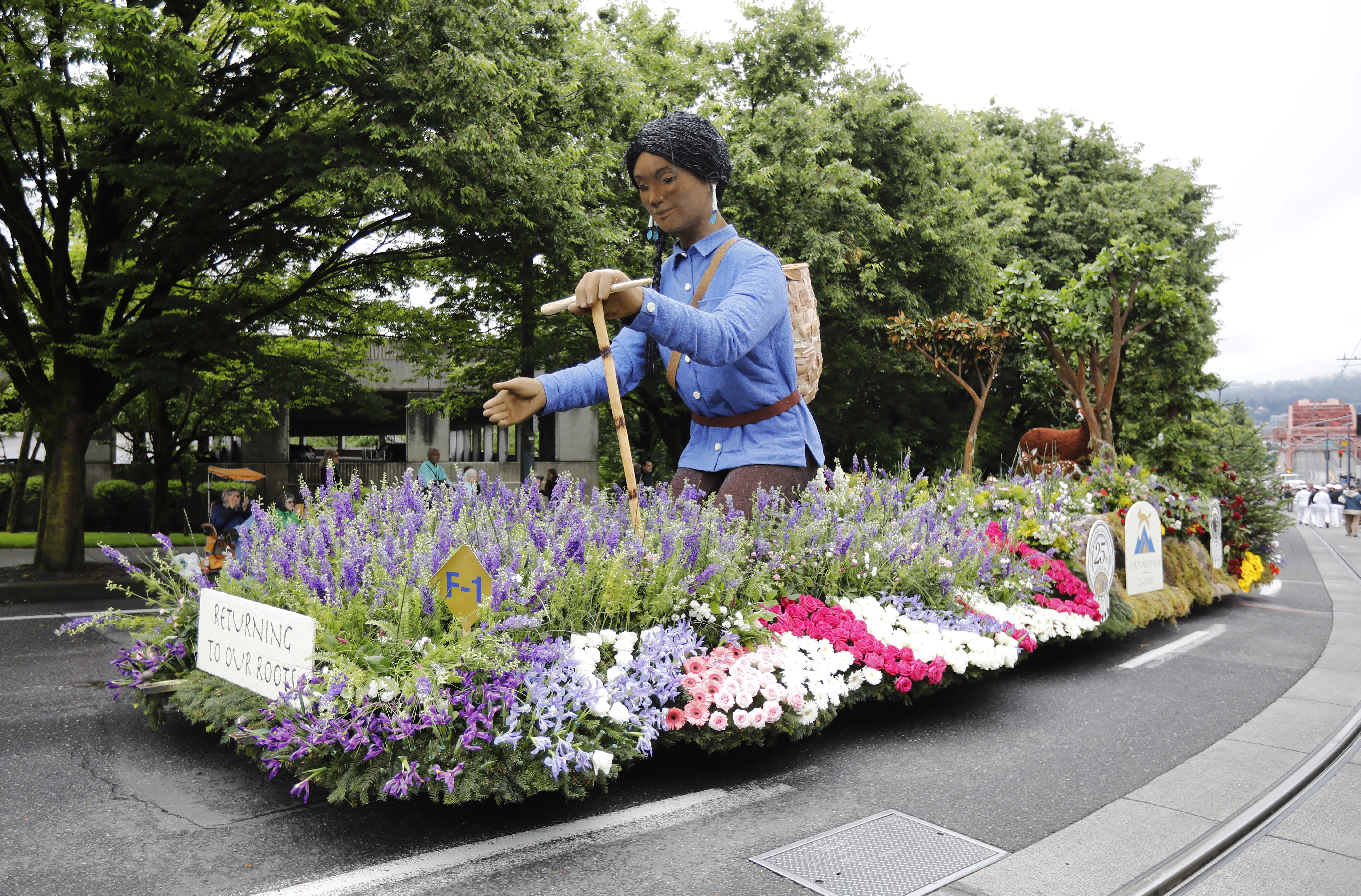 The two-mile parade route left Memorial Coliseum north on Broadway and then east on Weidler before heading south on Martin Luther King Boulevard. It then went east on Lloyd Boulevard before wrapping up at the disband area at the Lloyd Center parking lot.

After leaving the float, Tribal Royalty members distributed packets of camas seeds to audience members in celebration of Spirit Mountain Casino’s 25th anniversary of participating in the Grand Floral Parade.

“I think the float is outstanding,” said Tribal Council member Michael Cherry. “It’s amazing and I am so proud of it. Look at all of the beautiful flowers. I particularly love the earrings. They’re just so real.

“I love the theme of returning to our roots. This really is the core of who were are as Native American people and the basket and the camas and bringing all of that back to our land is part of this idea of healing that we have been focusing on … healing and restoration. I love it.”

The Grand Floral Parade is the second largest floral parade in the United States. This was the 12th year of Spirit Mountain Casino as the presenting sponsor.

Before the start of the parade, Spirit Mountain Community Fund Program Coordinator Angela Schlappie and Cherry awarded a $100,000 check to the Center for Hope and Safety of Salem before the news cameras of KPTV.

The money will fund Hope Plaza, which will build housing for survivors of domestic violence and sex trafficking, said Center for Hope and Safety Executive Director Jayne Downing.

Schlappie said it was the fifth grant totaling $270,741 that the Community Fund has awarded to Center for Hope and Safety.

“However, if it was up to me, I would pick the Spirit Mountain Casino (float) as the best in the group,” he added.

Metro partners with Grand Ronde Tribe on its newest park

Memorial Day event returns to almost normal on May 30