Tribal Elder Laisane Ray McKnight was born on Nov. 3, 1956, in Dallas, Ore. He then moved to Seaside, Ore., where he graduated high school in 1974. The day after graduating, he enlisted in the Army where he was a tanker in I Troop 3/11 ACR stationed in Germany. After serving, he returned to Clatsop County, where he then began dispatching with Medix Ambulance.

He soon met Donna Schott and inherited Latt and Melissa Benfield. He had three children, two sons who preceded him in death, Donald and Nicholas McKnight, and a daughter, Jacqueline McKnight.

Climbing the ranks of Medix First Responder and EMT, he eventually became a paramedic. He took classes at Clatsop and Chemeketa community colleges.

While taking classes, he met his wife, Sally McKnight. He was then further blessed with two more sons, Keith Haynes and Bryan Arceneaux. He taught CPR and first aid throughout the community, as well as teaching EMT classes at Clatsop Community College. Along with belonging to the American Legion, he spent a lot of time watching and betting on the horses and dogs at the track. He had a horse and turtle that he enjoyed feeding and caring for at his home in Arizona.

Along with his many hobbies and accomplishments, he orchestrated the creation of Olney Walluski Fire and Rescue. He was instrumental in getting the department up and running with donations from local fire departments. He was their first fire chief. In 2001, the state of Oregon added Zane to its Star of Life, which was held in Washington, D.C. After that, he sought out warmer and drier climates, so he moved to Arizona. There, he continued to work as a paramedic until he retired. After retirement, he continued to teach CPR and first aid to foster and adopting parents. He never stopped educating and training; emergency medical services were his life.

Laisane, you may be gone, but never forgotten. Your love and service throughout your life will live on in the hearts and memories of the communities and their families that you have touched along the way. 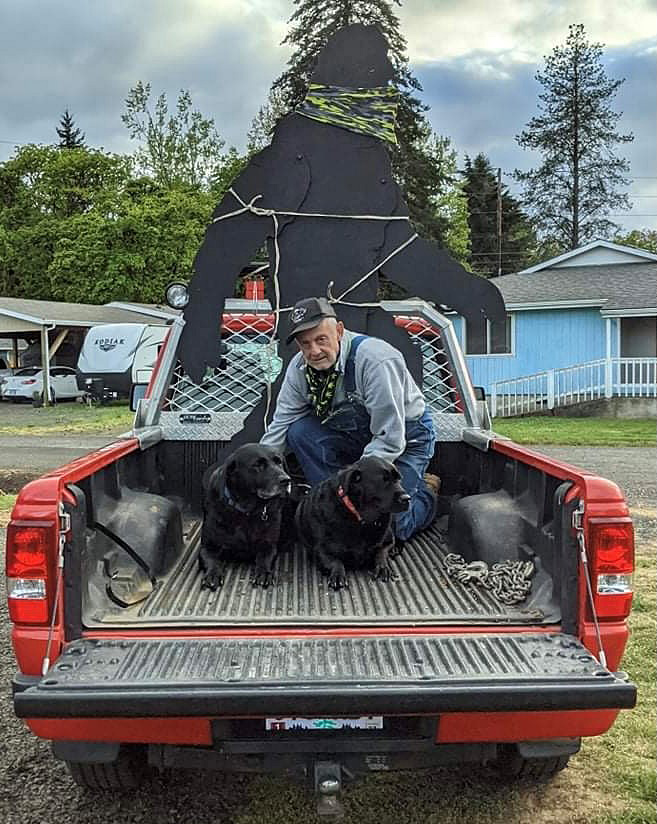 Tribal Elder Joe Allen Simi walked on peacefully on June 23, 2021, surrounded by loved ones. Joe was born on Sept. 7, 1957, in Silverton, Ore., to Robert Simi and Annabell Poole (Houck).

He was preceded in death by his parents; grandmother, Anna Pionteki; brother, Bobby Simi; sister, Janet Titus; and niece, Amy Jeffers. He is survived by sisters, Julie Little, Jeanna Buxton, Janie Stuck, Jill Brandon and Jolene Kamna; and lots of nieces and nephews.

Joe mainly grew up in Molalla and McMinnville, and had recently lived in Willamina for the past 20 years. He graduated from Molalla High School. After high school, Joe began his logging career. He was an avid logger, hunter and fisherman. He spent most of his free time in the mountains; it was his happy place. He chose a logging career in honor of his father, Robert. He gained the nickname “Slimy Joe” from his logging buddies.

His dogs were his children. He left behind two black labs, Rilee and Charlie. He also was preceded in death by his previous dogs, Rosie and Molly. If you ever received a card or gift from him, he always signed his dogs’ names. His dogs were also considered as aunts to his nieces and nephews.

A celebration of life will be held at 11 a.m. Thursday, July 1, at Grand Ronde Lighthouse Church. Interment will follow at the Grand Ronde Tribal Cemetery.

Joe will be greatly missed by his family and friends.

Dakota Whitecloud walks on at age 69