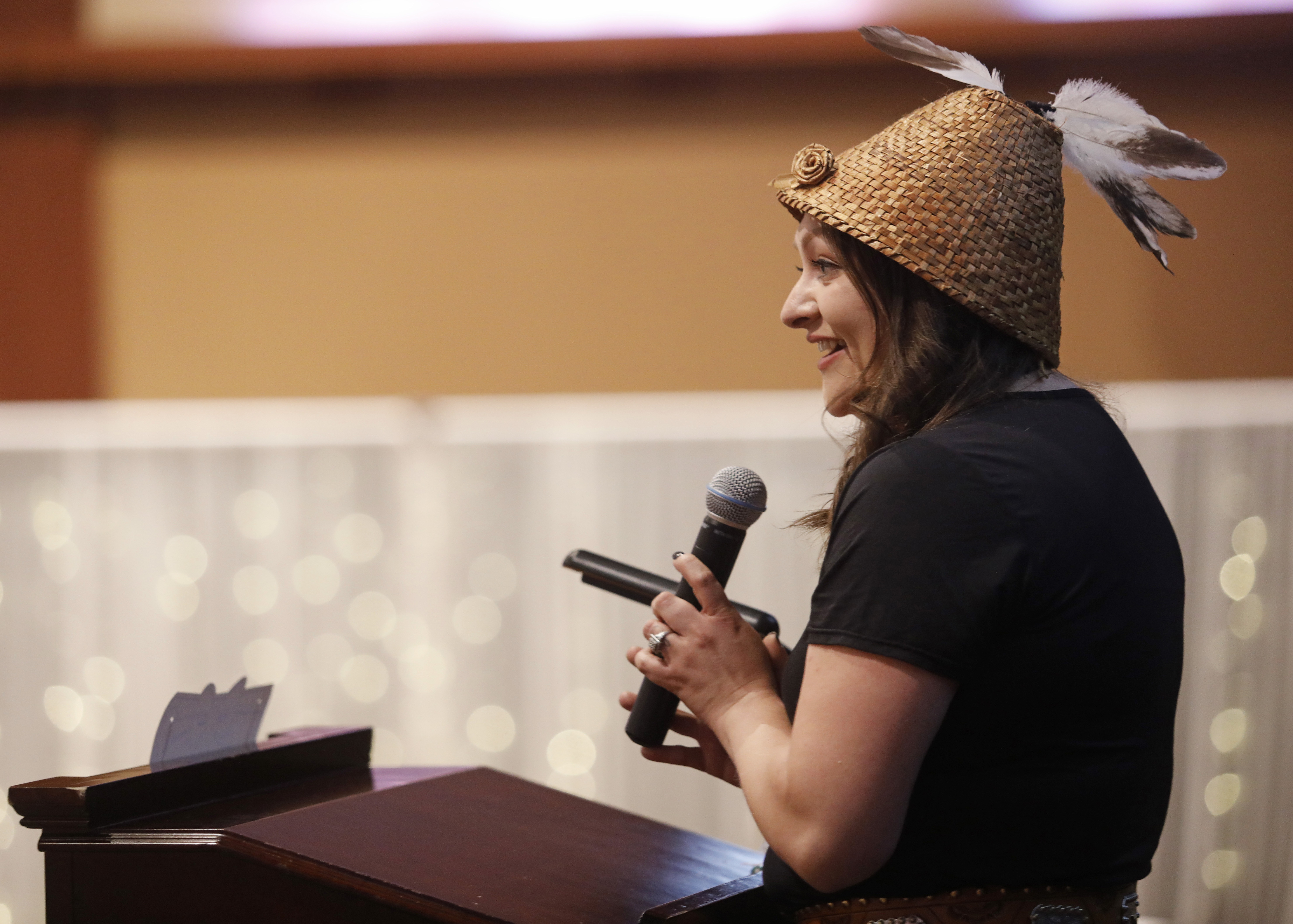 Tribal member and 2022 University of Oregon graduate Kayla Kneeland gives the keynote address during the 2022 Honor and Recognition event at Spirit Mountain Casino on Thursday, July 7. Kneeland was one of 85 Tribal members honored during the event, which recognized students from eighth grade through doctorate level. (Photo by Timothy J. Gonzalez)