“I am impressed by the turnout and reassured that McMinnville and Linfield folks are a hardy bunch,” Grand Ronde Cultural Resources Manager David Harrelson said. “I’m really happy about this and hoping to add more in the future.”

The festival, held on Friday, May 6, is a collaborative project of the Confederated Tribes of Grand Ronde, Linfield University and the Greater Yamhill Watershed Council.

Tribal Council Vice Chair Chris Mercier gave a brief history of the camas plant as well as his family’s historical ties to the area.

“I think we’re always trying to tell our Tribal story,” Mercier said. “People forget these are our traditional homelands. When people think of the Tribe, they often think of music, powwows, regalia and food. But food is a new area for Tribes. A lot of our traditional foods are the things people are familiar with, but there are quite a few foods people don’t know about like camas, wapato and acorns.”

Also in attendance from Tribal Council was Denise Harvey.

The festival included tours of camas growth in the Cozine Creek area located in the northwest corner of the university’s campus, led by Archuleta and Harrelson, while booths featured artifact displays by Chachalu staff and informational boards about the history of camas in Tribal traditions and foodways. Attendees were also invited to take home a small amount of camas seeds. 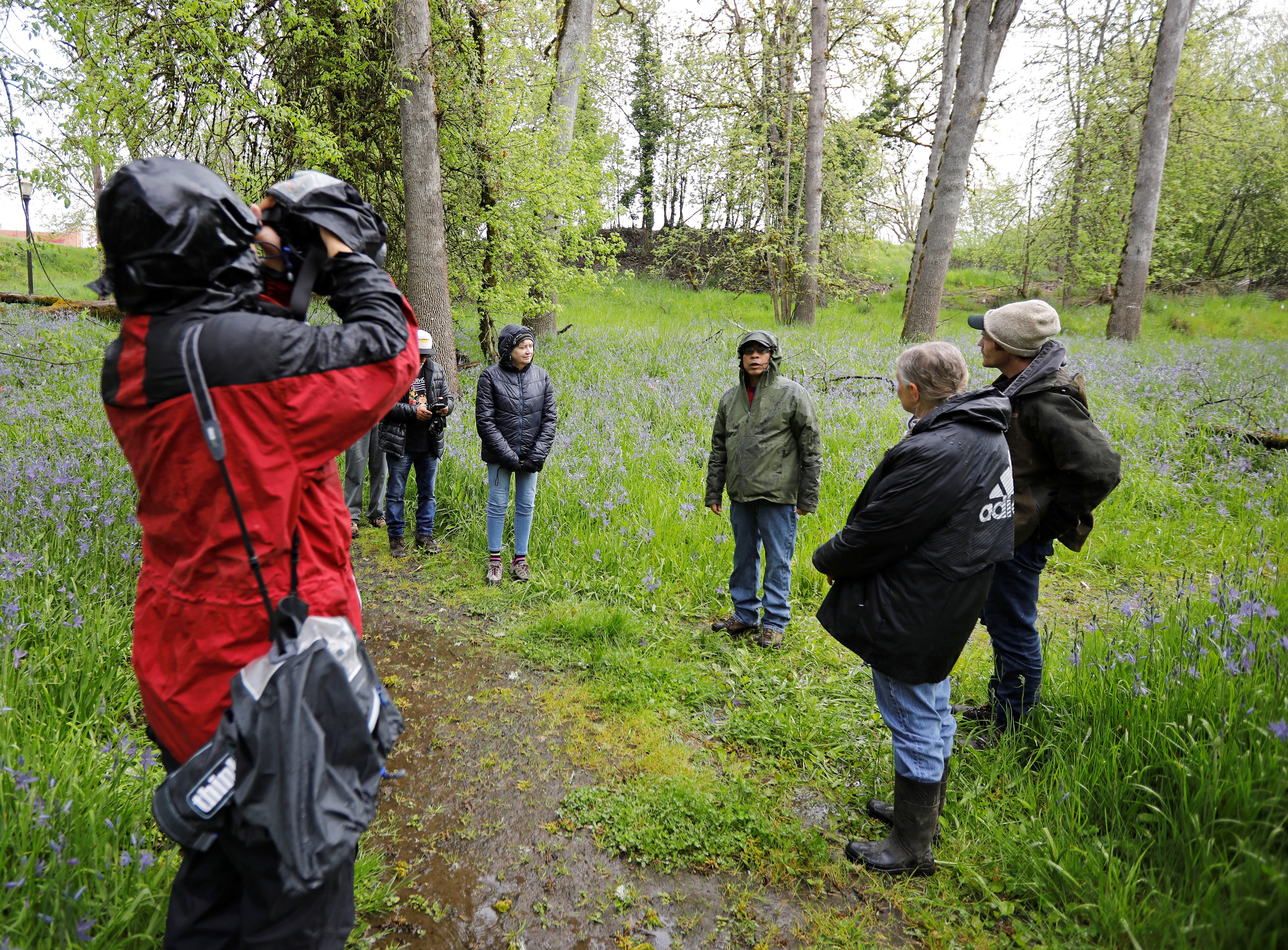 Gerardo Ochoa, Linfield’s associate vice president of student retention and success, has been a supporter of the festival as well as a member of the planning committee.

“Our mission is connecting learning, life and community,” Ochoa said. “When we looked at how Linfield’s demographics were changing, we didn’t have any connections with the Native community in the area. We needed to be more intentional with that and needed to do more to support each other.”

Plans to create the festival started in November 2020 when the university began investigating a new name for a two-block street on its campus. After consultation with the Grand Ronde Tribe, the two entities chose Lakamas, which is the Chinuk Wawa word for camas.

“I have been at Linfield for 17 years and I didn’t know we had so much camas here,” Ochoa said. “This (knowledge) has created a lot of synergy and opportunity with the Tribe.”

Bill Fleeger, a visiting senior scholar in the Linfield Environmental Studies department, also noted that the partnership with the Tribe was an important aspect of the college’s goal to connect learning, life and community in meaningful ways.

“We are proud to showcase the work that students studying environmental studies have done over the past six years to help restore and expand the population of camas, and other native species, in the Cozine Creek natural area on campus,” Fleeger said.

Harrelson said that what he also feels is significant is the Tribe partaking in the role of an honored guest at the event.

“I think that is really powerful,” he said. “We’re a part of the community and events like this help show that connection.”

In 2016, members of the Watershed Council began working with Linfield students to rid Cozine Creek of invasive species. In 2018, the project received a grant from the Oregon Watershed Enhancement Board to fund weed control and planting.

Camas bulbs can be harvested April through July when the flowers or dried flower petals are visible. The bulbs can be boiled, baked or slow roasted. When cooked for a short time, camas can be fairly tasteless, but when slow roasted for 24 to 48 hours, it turns dark and sweet. Fresh bulbs also can be dried or frozen for later use in soups.

Organizers hope the Camas Festival becomes an annual event and have other plans in the works as well.

“We’re hoping to do more with Grand Ronde and integrate art next year,” Ochoa said. “If everything falls into place, there will be a call for Native artists to create work around the theme of lakamas. We also have a literary journal called Camas and we want to integrate that. There is endless opportunity for collaborative efforts.” 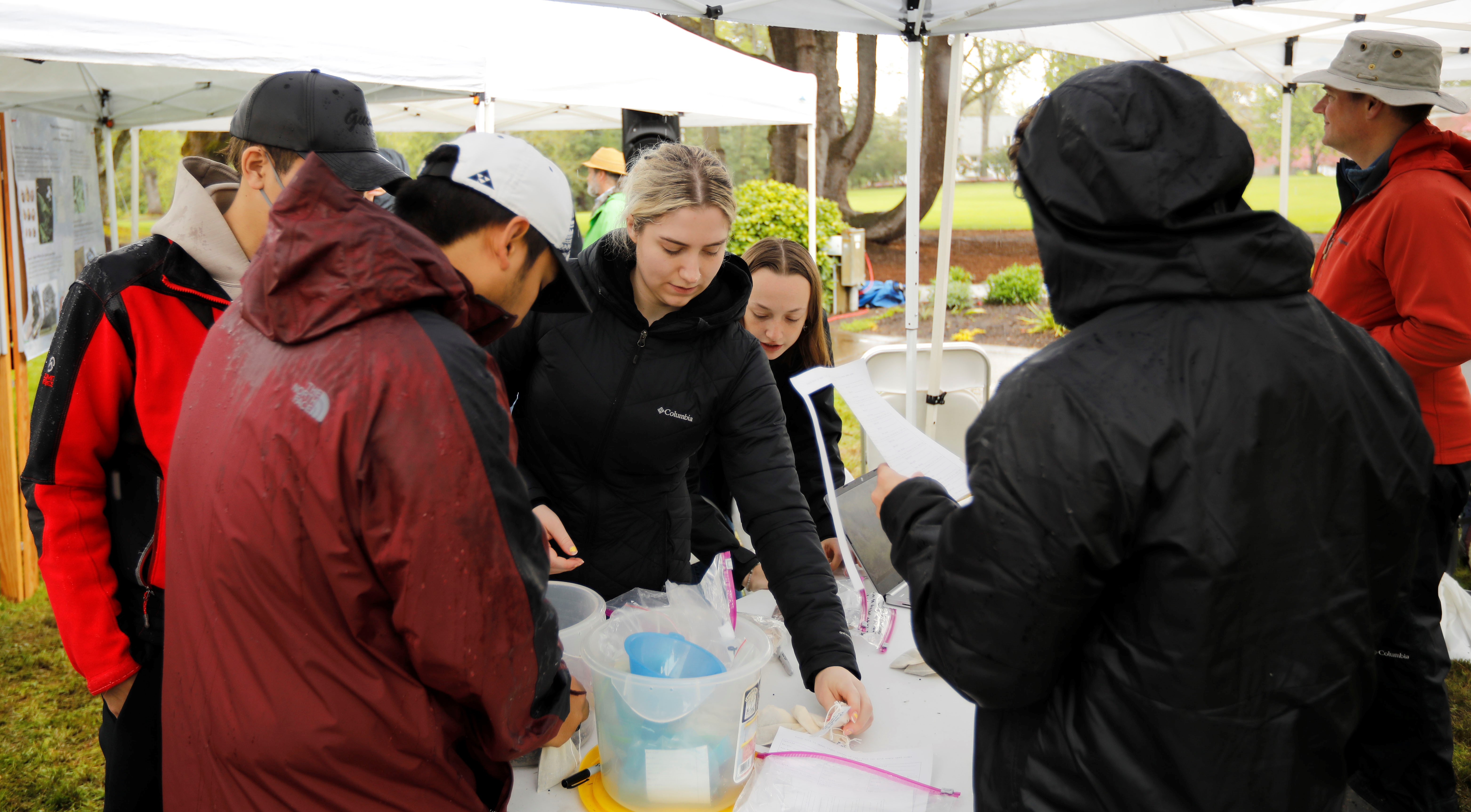 Revitalizing Chinuk Wawa during a pandemic