(Editor’s note: This is the first in a series of Smoke Signals stories in 2021 that will examine addiction and recovery. If you have a recovery story to share or if you work with Tribal members in recovery, contact reporter Danielle Harrison at Danielle.harrison@grandronde.org.)

Michele Plummer’s addiction story began with her birth in 1971.

“My parents were alcoholics,” Plummer, 49, says. “I didn’t have a stable beginning. A week before my second birthday, I was dropped off (to be baby-sat) and my dad didn’t come back for me. I entered the foster care system that way. I was in 13 different placements.”

The couple who had baby-sat her, the Bradshaws, had four boys and wanted to adopt a little girl, Plummer says. When she was 4 years old, that adoption was official.

Although Plummer doesn’t have a conscious recollection of the early part of her life, the trauma of abandonment would play a huge role in her addiction story.

“When I was 14 years old, I stumbled across some paperwork about my life, and got really confused and angry,” she says. “Soon after, I began using drugs. My adoptive parents were wonderful people, but they had no idea about the issues they would later come across. No one did at that time, really.”

Before her discovery, Plummer had known little about her birth parents or circumstances leading to her adoption.

“My parents tried to shelter me from everything bad,” she says. “I went to a Christian school. I never learned anything about drugs in school and we didn’t have any sex education. We went to chapel. I never felt like I fit in there. I didn’t know who I was mad at, exactly, only that I was very angry.”

After experimenting with marijuana, she tried meth and became involved with older men.

“I liked doing drugs at first,” Plummer says. “It was an escape.”

As her addiction evolved, Plummer learned to change the groups of people she associated with depending on how deep she was in her addiction in an effort to feel better about herself when comparing the things she did with their behaviors.

“I was partying with older men and went back and forth to my parents’ house,” she says. “I got pretty tangled up in some bad situations at a young age. It was easy for me to get the drugs because the people I was around were pretty big (in the drug scene) so it was easy for me to get it. I didn’t have a problem with access, so I never had to do anything too bad.”

After a tumultuous year, Plummer told her parents she wanted to quit Salem Academy and get her GED after she finished her sophomore year of high school.

“I did what I said, and then got my GED and had a job working at Taco Time,” Plummer says. “The only trouble I got into was being out past curfew. Looking back, what I put my parents through was sad.”

After her 18th birthday, Plummer began to search for her birth parents. After calling the Siletz Tribe and getting nowhere, someone suggested she contact Grand Ronde. Unbeknownst to her at the time, her biological aunt Margo George was the Tribe’s enrollment clerk.

“I’ll never forget what she said to me,” Plummer recalls. “She told me, ‘I’m your aunt Margo and we’ve been looking for you.’ ”

Soon after, she connected with her birth family, learned her birth name was Tonia George and became close to brother Marty George. She also met her first ex-husband, became pregnant and was a mother at 20.

“I wasn’t doing much drugging during that time,” she says. “But my marriage only lasted a short period of time. My ex would disappear with my son and weeks or months would go by until someone would finally tell me where they went. We didn’t have a custody arrangement so I would have to track my son down. My old lifestyle crept back in. It never completely left, really. It became the life I knew. I felt like I fit in there.”

“I had been brought up a certain way, with values that were deep-rooted from going to church, that God could see everything I was doing. There was always a twinge of guilt when I used. It became hard to walk that line.”

Plummer continued on that path for a few more years and had a daughter in 1994. A custody battle ensued a few months later between her and the baby’s father. That went on until 1997, after her second son was born and tested positive for methamphetamine.

That incident is what began a 14-year entanglement with the Oregon Department of Human Services and Indian Child Welfare. Both children were removed from her care. Her daughter was placed with her father and her youngest son with foster parents. Plummer’s oldest child already lived with family members in Portland.

“After my (youngest) son tested positive for meth, that was when DHS and the Tribe got involved,” she says. “That was also when I first was confronted with having a drug problem. It took me a long time to understand the depth of the problem. I did what they asked and got my baby back. I would eventually fall into that lifestyle, but I had a job and my house was spotless. I was a fairly functioning addict for a while.”

“I had horrible relationships with them until I met my current husband,” she says.

Eventually, her choices led to being sentenced to three-and-a-half years at Coffee Creek Correctional Facility in Wilsonville in 2009.

There, with plenty of time to reflect, Plummer reached out via a letter in Smoke Signals. That letter connected her with Tribal Elder Steve Bobb Sr. and his wife, Connie, who began writing to her.

“Meeting them was a lifesaver,” she says.

Plummer also began to see how the root of her addiction began with childhood trauma of abandonment and other unresolved issues.

“I could have just blamed my ex-husband because he was abusive and say that I didn’t have a choice and had to sell drugs in order to pay the rent and feed the kids, but I needed to get honest with myself,” she says. “I had to stop fighting.”

When she was released from prison in 2011, Plummer stayed with the Bobbs.

“It was a blessing,” she says. “I knew that I didn’t want to get out of prison and move back to the same town I had lived my entire life.”

Then came the toughest moment she had faced: During a 2011 hearing to determine if her parental rights would be permanently terminated, Plummer was advised by her lawyer Todd McCann to give guardianship of her two youngest children, who were still minors, to their foster parents. After she had achieved sobriety, a place to live and a job, her lawyer said they would petition the court for custody.

“I immediately got to work,” Plummer says. “Regardless if I got them back, I needed to be present. I needed to be clean. I wanted to at least be available to them. It was my own choices that led to this. It was painful, but it was also freeing.”

Plummer began working for the Tribe in the temp pool, then applied for a job as the Housing Department receptionist. She then found a place to live. By the end of 2013, she had been given sole custody of her children.

“My kids did a lot of suffering at the hands of my choices,” she says. “I feel so blessed because of the amount of unconditional love my kids have given me throughout all of this. They saw me work hard and then fall down, but they loved me.”

Plummer is also grateful to the Tribe.

“I didn’t have a great experience with state DHS, but am thankful for the Tribe and the chances we are given,” she says. “They really want to keep families together.”

After regaining custody, next on her list was getting an education. Plummer attended Portland Community College, then went on to complete a bachelor’s degree in management and organizational leadership from George Fox University, then a master’s degree in business administration from Eastern Oregon University, and is currently enrolled at Tulsa University, where she plans to earn a master’s of jurisprudence in Indian law.

“Recovery has not been easy, but it is simple,” she says. “You have to make a decision. It has been 10 years now, so I don’t think about it anymore. My hard work is going to work every day, being a good grandma to my four grandkids and going to college.”

Plummer adds that her grandchildren are “the light of my life.”

“If I was loaded, I wouldn’t get to be a grandma,” she says. “I wouldn’t be able to work with my daughter in the Housing Department. I consider it all a blessing.”

One program that was key to keeping a connection with her children while she was in prison was the Family Preservation Project. There, families eat lunch together, bond and do activities, all without the watchful eye of a guard the entire time. Plummer is a speaker and advocate for the program, and has testified several times before the Oregon Legislature in favor of keeping it when budget cuts threatened to eliminate it.

“The recidivism rate for the women who were involved in the program when I was is zero,” she says. “We get together every year and all are still doing OK. They have dedicated their lives to this cause.”

And her advice for Tribal members who are struggling with substance misuse?

“Staying clean requires honesty: Brutal, painful honesty,” Plummer says. “It is hard work and you have to change everything, including the people you hung around with. Sometimes, it’s a family member. You have to have boundaries. Will power ain’t gonna do it.”

Plummer says it is the first time she’s shared her recovery story in detail, but she hopes telling it will help others.

“I believe stories of recovery are the hope that we give to the addicts who are still suffering,” she says. 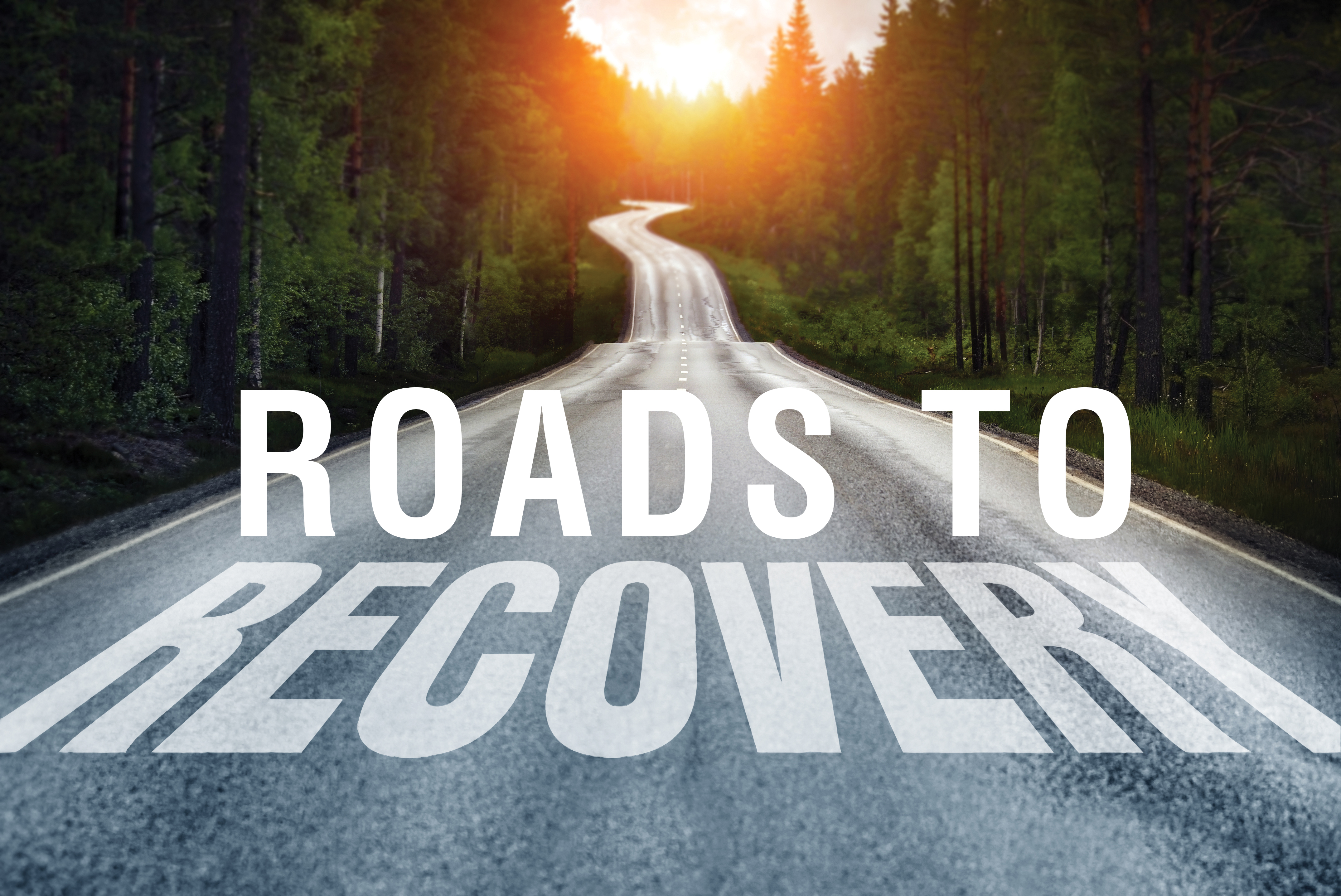 Have you struggled with alcohol or drug dependency? Have you been able to find help through abstinence-based programs, medication-assisted treatment, behavior modification therapy, or a combination of things?

If so, Smoke Signals would like to hear your story. Reporter Danielle Harrison is writing a series on addiction and recovery, and would like to talk to Tribal members who are in various stages of the recovery process.

What has worked for you and why? What services do you wish were more readily available? What are misconceptions people have about those who struggle with drug and alcohol misuse?

Your story is important and we would like to hear from you, no matter where you are in your recovery journey.

Please contact Danielle Harrison for more information at danielle.harrison@grandronde.org or call 503-879-4663. We also have a private Recovery Stories subgroup on the Smoke Signals Facebook page if you would like to join and share your story there.

Parenting from prison: ‘In your children’s eyes, it’s like you just disappear’