Register to vote, then wait and see.

That was the main message of the Wednesday, Jan. 16, educational meeting regarding the upcoming Tribal constitutional amendment election.

With the federal government in the midst of its longest partial shutdown in history, it’s unclear whether Bureau of Indian Affairs employees will return to the job in time to create a voter list for the scheduled Feb. 25 election. Approximately 800,000 “non-essential” federal employees have been furloughed since the shutdown began on Dec. 22.

“We are now in the registration period, which was already arranged before the shutdown for the packet to go out,” Tribal Council member Kathleen George said. “We want everyone to submit those registration packets. If the government isn’t operating by (January) 25th, there could be a postponement or pause in the process if the BIA is not there to create the voter list.”

George said that if the election date is changed, announcements will be made to Tribal members informing them of the details.

However, she added that voter registration is continuing as planned. The deadline to register is Friday, Jan. 25. Tribal members must specifically register to vote in BIA-run constitutional amendment elections. Being registered to vote in annual Tribal Council elections is insufficient.

The Bureau of Indian Affairs continues to run Tribal constitutional amendment elections because a proposal to remove the federal government from the process was defeated in March 2015 by a vote of 381 to 230.

Tribal members are being ask to vote on whether nonTribal siblings who have brothers and sisters enrolled in the Tribe and have the same parents, and who meet the membership requirements under the Tribal Constitution before Sept. 14, 1999, should be allowed to enroll to resolve the split-sibling issue affecting some Tribal families. 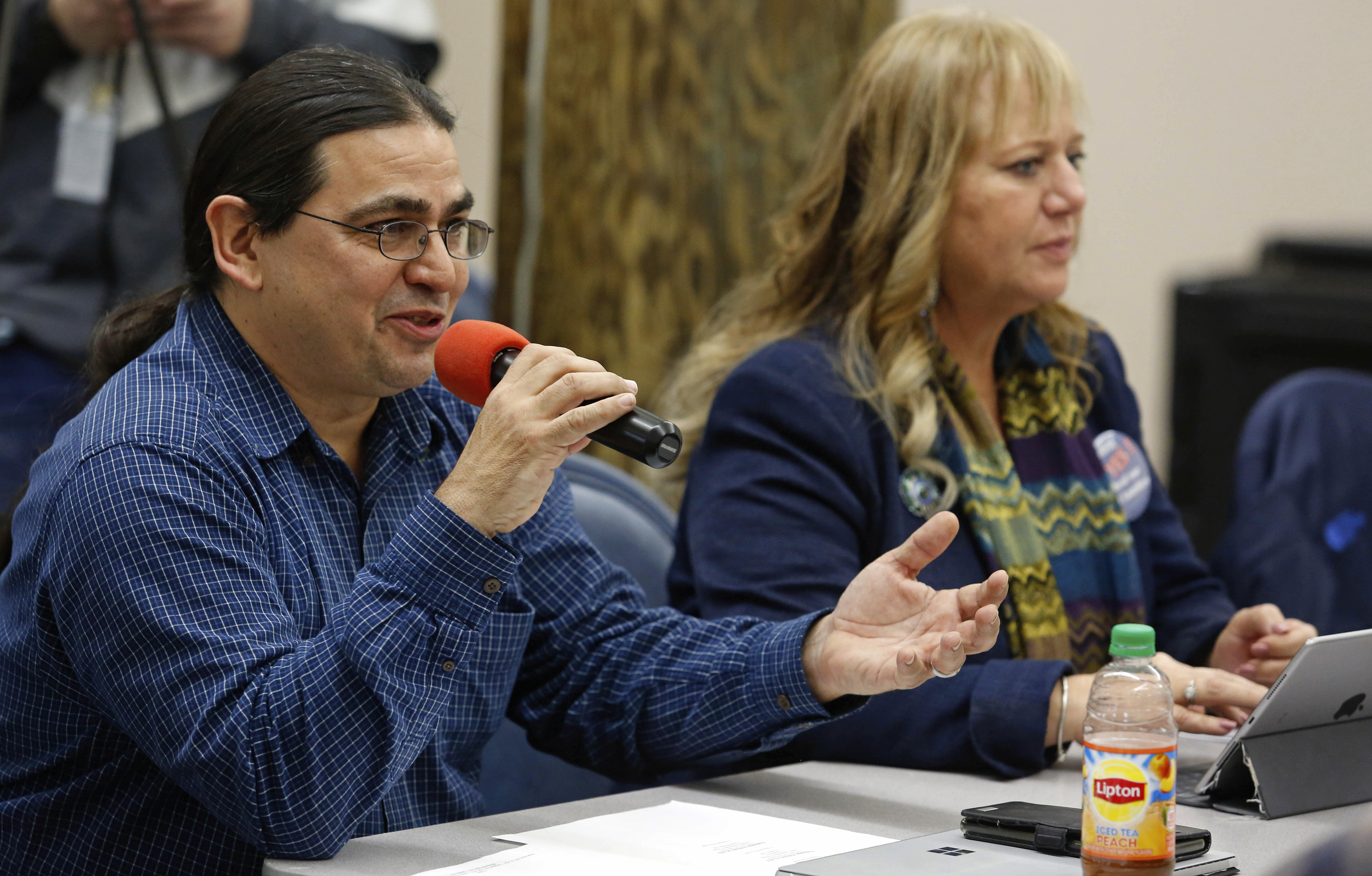 “This idea of a grandfather clause is very important to our members,” Tribal Council member Michael Langley said. “The other (thing) was to keep the language in the amendment simple and easy to understand. … What it is saying is, if you have a sibling who is enrolled and the same parents, you will be enrolled.”

Former Tribal Council Chairman Reyn Leno asked what the timeframe is for the BIA to certify the election if the government remains in a shutdown.

“If we get to the point where BIA is not back to work, when they do come back will be a discussion of how to pick back up and conclude this,” Tribal Attorney Rob Greene said. “We are using our best resources. Nobody when they wrote regulations thought about the longest shutdown in government history. Once the BIA comes back to work, we will sit down with them. We don’t have anything in the regulations to deal with this.”

Tribal Council approved an authorization to proceed in October to move forward with a proposed amendment to address the issue of siblings who are not Tribal members despite having brothers and sisters who are and have the same parent(s).

Tribal Council was encouraged to move the proposed constitutional amendment to a vote by a positive Sept. 8 advisory vote result. Tribal voters favored a similarly worded proposal 839 to 365, for a 69.7 percent majority. To amend the Tribal Constitution, a two-thirds majority of those voting is necessary.

Only two proposed constitutional amendments have ever received sufficient yes votes to pass -- the July 1999 enrollment requirements that created the current split-sibling situation and a February 2008 proposal to increase the relinquishment period from one to five years.

Other constitutional amendment proposals have either failed to garner the two-thirds majority mandated by the Tribal Constitution or have been defeated.

Tribal member Veronica Gaston suggested that Tribal Council cancel the election because of a BIA error in the original registration packets sent to Tribal members that included an incorrect information sheet stating that there would be a vote on a possible change to the definition of Grand Ronde blood. The official BIA election ballot will contain the correct amendment language to be voted on.

“The best thing we could do now is cancel this election,” she said, amid shouts of “No!” from some audience members.

Tribal Elder Jennie VanAtta said she has siblings who are not enrolled due to the current regulations.

“We all grew up here and all had the same crazy mom,” she said. “We all have the same blood quantum. For me, split families are a huge issue. My siblings still don’t quite understand why they can’t enroll when they come to visit me. This will fix that.”

“These people are family,” she said. “Their blood is the same as their enrolled siblings. I applaud council for going through with this. This is about families and healing families. It has hurt too many people for too long.”

In the run-up to the election, Tribal Council has scheduled three other educational sessions:

Split-sibling election ballots due by March 22

Letters to the Editor: Healing Our Tribal Families