As you can see by the stories and photos in this edition, Smoke Signals staff has attended several events this month celebrating the Native American first food camas.

At these different events, Cultural Policy Analyst Greg Archuleta and Nursery Manager Jeremy Ojua shared how Native people traditionally harvested camas bulbs. But I began to wonder, “Then what?”

YouTube creator and Oregonian Shawn Woods published a video to his 1.67 million subscribers sharing how to traditionally prepare camas bulbs.

Woods challenged himself to a “wild food challenge,” incorporating as much foraged, hunted and fished foods into his diet. He does not identify himself as Native American, but rather shares the research he found on how Native people traditionally consumed camas.

He begins the video by describing the species of camas found in the Willamette Valley -- common camas and great camas.

“Both species of this attractive purple flower were an important food source for the Kalapuya Indians who would routinely burn the Willamette Valley on an annual basis in order to promote vast fields of camas in the wet prairie environments,” Woods says.

The first two minutes of this 4.5-minute video are dedicated to introducing camas and properly identifying it from what is called “death camas,” which can be confused with wild onion and can be fatal if consumed at 2 percent to 6 percent of an animal’s body weight.

After the warning, Woods provides video demonstrating how he likes to harvest camas using a pointy elk antler.

At the 2:15 mark, he begins to discuss preparing the camas.

“In its raw form camas is basically inedible,” Woods says. “It’s very bland tasting and is so slimly that it feels like you put a slug in your mouth.”

He explains inulin is a component found in raw camas that can cause stomach aches and gas. Archuleta mentioned during a camas tour at the Linfield University Camas Festival on Friday, May 6, and Woods mentions in this video that Lewis and Clark reported men were sick with stomach aches after consuming camas for the first time.

To remedy this, Archuleta and Woods recommends slowly cooking camas. 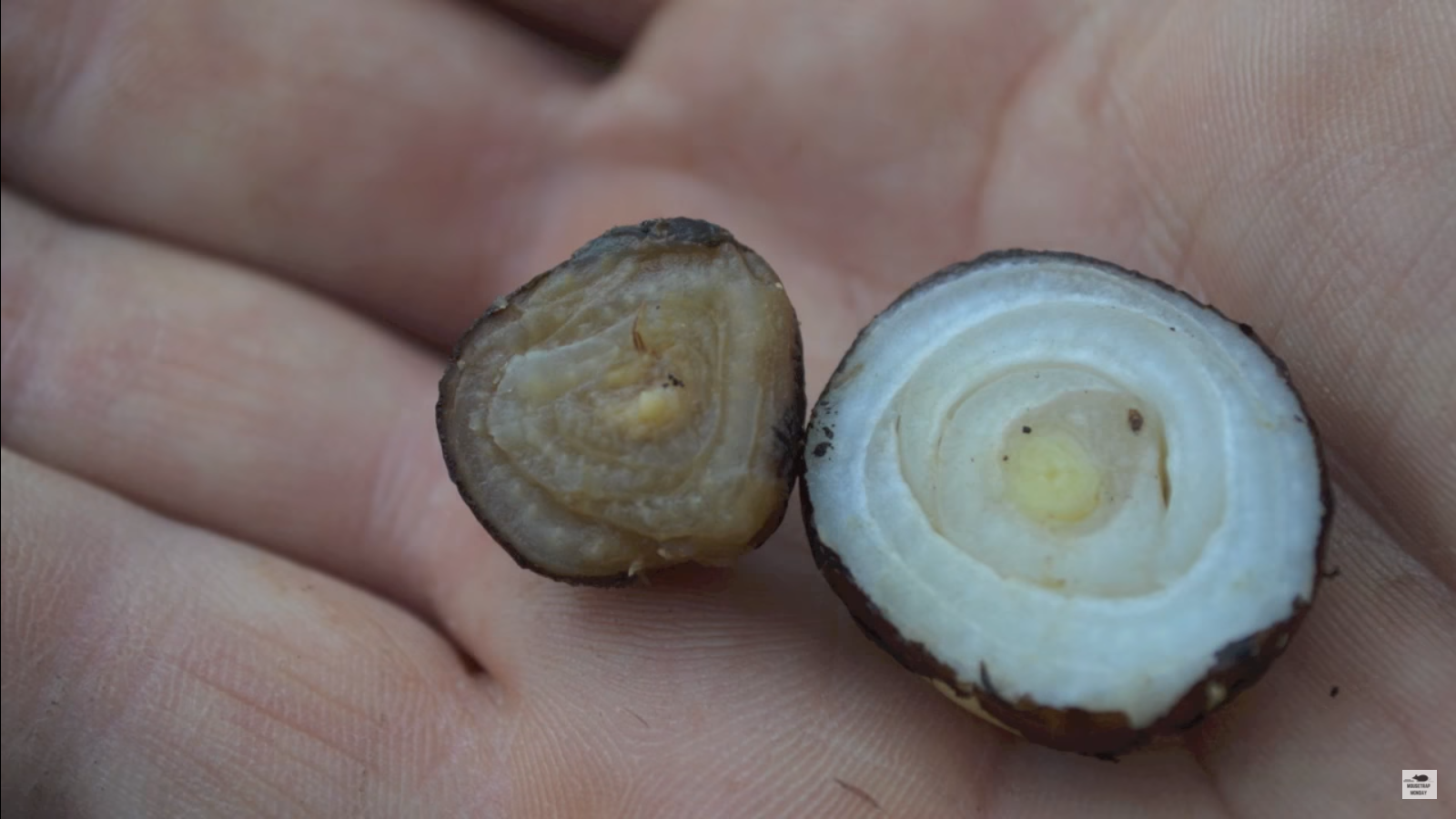 Woods explains this was traditionally done by steaming the camas bulbs with a covered pit and hot stones. At the three-minute mark of the video, Woods attempts to cook them in this traditional way.

After three days of cooking, the camas bulbs present a golden color. Woods gives a side-by-side comparison of cooked versus raw camas and it looks similar to a cooked and raw onion.

Once cooked, camas can be dried and stored for a long time.

If you would like to watch the full video on how to cook camas bulbs, go to https://www.youtube.com/watch?v=n2aLvr3yrqs or find the video linked in the Smoke Signals “Watchlist” playlist on our YouTube channel.

Watchlist: ‘Handing over national park land to Tribes not a 'crazy idea’

Watchlist: ‘Why Native Americans are buying back land that was stolen from them’

Memorial Day event returns to almost normal on May 30