In America, we coincidentally celebrate Thanksgiving and Native American heritage in the same month.

They explain that before there were 30 days of Indigenous recognition, there was just one day. 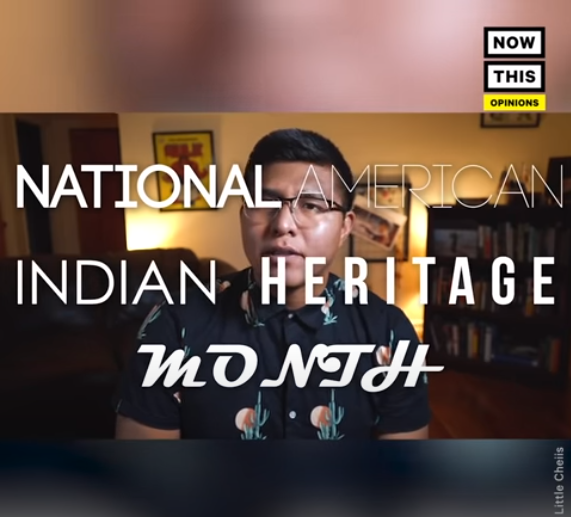 Adakai describes that starting in 1914. Red Fox James from the Redfoot Confederacy traveled on horseback to gain support for an Indigenous Peoples’ Day. Around the same time, the Boy Scouts of America were encouraged by Dr. Arthur C. Parker from the Seneca Nation to adopt a day dedicated to the first Americans.

“These examples go to show that this month actually stems from the efforts of Native Americans over a century ago,” Adakai says.

In the video, Ramirez quotes from the Native American Heritage Month joint resolution that as a Native this month of recognition provides benefits of “enhanced self-esteem, pride and self-awareness to young American Indians.”

They finish the video by sharing ideas on how to celebrate Native American Heritage Month, such as educating yourself on the history of other Tribes or spending time with Tribal family and friends.

To watch “The Origins of Native American Heritage Month” video yourself you can go to https://www.youtube.com/watch?v=fipaCV0w5do or find it linked in the Smoke Signals Watchlist on our YouTube channel.

Watchlist: ‘Why the U.S. Army tried to exterminate the bison’

Watchlist: ‘Searching for the Lost Graves of Indigenous Children in Canada’

Watchlist: ‘Why the U.S. Army tried to exterminate the bison’